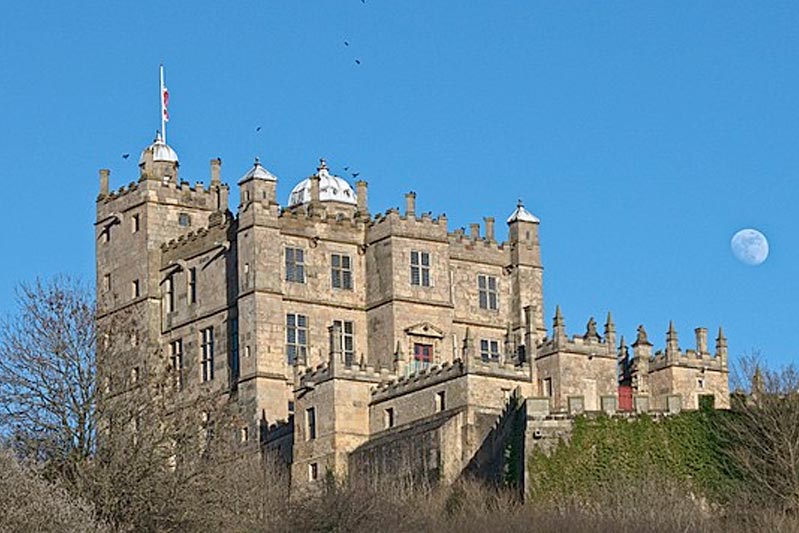 This romantic residence – built by Sir Charles Cavendish in 1612 and completed by his son William – is a fantastic place to immerse yourself in the Golden Age of Chivalry. With glorious panoramic views over the Vale of Scarsdale, the Castle was designed as a fantasy house for entertainment and pleasure. Marvel at the fairytale Little Castle and its rich panelling, elaborate fireplaces and painted ceilings and learn about Bolsover’s rich past – and a royal visit in 1634! Explore the atmospheric ruined Terrace Range and the enchanting Venus Garden with its secluded love seats and intriguing statues. See the most important 17th Century riding house in the country – where Sir William trained his horses in disciplined manoeuvres (the forerunner of the sport of dressage). An audio trail is included in the admission price.

The Little Castle is not accessible to wheelchair users but the grounds are all accessible on level, impacted gravel paths. Some steps but alternative routes are available. Tactile exhibits in the Discovery Centre and extensive use of sound for visually impaired visitors, and audio tour with hearing loop included in admission price for hearing impaired visitors.

We have a number of holiday cottages available for you to stay in, including The Escape, a large luxury self catering holiday cottage with hot tub near Bolsover.

This website uses cookies to improve your experience while you navigate through the website. Out of these, the cookies that are categorized as necessary are stored on your browser as they are essential for the working of basic functionalities of the website. We also use third-party cookies that help us analyze and understand how you use this website. These cookies will be stored in your browser only with your consent. You also have the option to opt-out of these cookies. But opting out of some of these cookies may affect your browsing experience.
Necessary Always Enabled

Any cookies that may not be particularly necessary for the website to function and is used specifically to collect user personal data via analytics, ads, other embedded contents are termed as non-necessary cookies. It is mandatory to procure user consent prior to running these cookies on your website.